From TVs that roll up like maps or tablets that bend in half like books, there’s always so much to see at the Consumer Electronics Show, otherwise known as CES. At Electric Runway, we go into it thinking about fashion and retail innovation. With themes including smart fashion, the store of the future, and the customer of tomorrow, we scour the show floor looking for the top tech that will impact all aspects of the fashion industry. Here are the top trends we discovered from the show floor at #CES2019:

Smart Mirrors were everywhere this year at CES, from concept products to consumer-ready ones that cost thousands of dollars to free ones you can download and try on your smartphone.

This seemingly magic mirror was inside the High-Tech Retail Room at CES, but it’s also an app you can download and try for free on your smartphone. At CES, Perfect Corp was showing off applications that combine augmented reality and artificial intelligence to enable users to try out new makeup looks and hair colours at the touch of a button. So how does it work? Perfect Corp detects more than 100 points on your face in a fraction of a second which enables the facial tracking to give a realistic depiction of what you’d look like as a blonde, brunette, or even with blue or pink hair. Their applications can also be tied to specific products so users can actually shop the beauty products they’re trying on.

LG’s AR Smart Mirror was kind of tucked away around a corner at the LG pavilion, but we found it! The mirror starts by scanning your body and then producing an avatar with the same basic height, waist, chest, arms, leg and hip measurements. Right now, users can customize the avatar’s gender and hair colour, but a representative from LG told me their working on making the avatars even more custom. Once your avatar is generated, you can select clothing you’d like to virtually try on from major retailers. After choosing a garment, the mirror visualizes what it would look like on you, and uses a colour-coded scanner to show where you might experience the clothing being too tight or loose. If an item looks like its an ill fit, you can adjust your order to ensure you end up with clothing that fits you just right. Users can even view items up close to inspect details including the cut and quality of the fabric. The mirror can then sync up with other LG home products, including the LG Steam Clothes Styler. What isn’t clear is whether or not LG plans to sell the mirror direct-to-consumers, or if it’s intended for retailers to enhance the in-store experience. Given the product isn’t on the market yet and is just simply called the “AR Mirror”, it’s likely they’re still working those details out.

Another memorable smart mirror experience was from Proctor and Gamble. This was the consumer goods brand’s first time at CES, and they brought along with them the Future X Smart Store by SK-II. For those of you who aren’t beauty insiders, SK-II is a Japanese Cosmetics brand owned by P&G. Inside the Future X Smart Store, mirrors inside booths were equipped with sensors and facial recognition technology to offer a free skin diagnosis. The process starts with a skin scan. Your results are then loaded onto a bracelet. Users are then invited to step up to another screen to view their skin results, including information on radiance, spot correction, texture, wrinkle resistance, and firmness. Your skin score is determined by assessing the five dimensions of your skin and comparing them to over 500 women around the world in your age group.  SK-II then uses this information to customize product recommendations.

Trend #2: The Battle of the Smart Ecosystem

A few years ago at CES, it was all about wearables. The vision was that we’d all be wearing our technology to connect our bodies to this IoT—Internet of Things—ecosystem. But in order for this connected, seamless life to really work, we’re going to need 5G internet, and until that’s a real thing, the dream of the seamless, connected life can’t work unless it’s in a controlled environment like in your HOME or your CAR. And that’s why we’re seeing big companies like Amazon and Google compete to be your assistant of choice.

So let’s start by talking about Amazon. Amazon had a room at CES that showcased how Alexa could fit into different aspects of your life, from your home to your office and even your car. They announced a slew of Alexa-integrated smart home devices, including a smart doorbell, a smart thermostat, smart lighting system and even smart kitchen appliances. Amazon also had an Alexa Auto booth in the North Hall of the Las Vegas Convention Centre to further show off its integration with your car.

Drinking the Google Kool-Aid (or Eating the Macaroons)

Then there’s Google, who was all about showing off the Google Assistant this year. One of my most memorable moments from CES was visiting the Google booth and riding the Google ride—yes, they had a theme-park style ride. Actually, it was a lot more like its-a-small-world, but for connected living. It took you through this whole narrative surrounding a character who had to remember to buy a cake for grandma’s birthday. Throughout the ride, you were shown how the Google Assistant can enhance your everyday life, whether you need help choosing the right French Bakery or an alternate route on the ride home due to changes in traffic and weather. At the end of the ride, which was a complete sensory experience, you got French macaroons, you could stick around for a demo of the new Google Pixel. It was a really well-crafted experience that for me really animated something that’s not really there, since the Google Assistant is a software.

Google also had its employees dispersed throughout CES last week to walk visitors through new features the assistant could provide on third-party devices. So both with Amazon and with Google, we’re seeing a battle over which assistant will win out in that future connected ecosystem.

So you may be thinking—what’s the fashion and retail connection? Well, when it comes to voice-activated shopping, we already know that Amazon is really trying to capture this space. Every second, 35 orders are placed on Amazon, which equals over 1 billion orders per year. Orders include everything from technology to fashion items to groceries. According to Invesp, 50% of all searches will be voice searches by 2020 and Voice Shopping is estimated to reach $40 Billion in the U.S. by 2022. If Alexa is further embedded in our smart home ecosystem, it’s more likely that we’ll continue to shop with Amazon. At the same time, Google is often how we discover new restaurants and shops to visit both online and offline. All of this is to say that whoever wins out in the battle of the smart ecosystem will definitely impact the future of how and where we shop and sell.

Last but not least, Trend #3 from CES 2019 when it comes to fashion and retail innovation were retail robots. Whether we’re talking about machines that bake your bread or provide in-store shopping assistance, a number of companies at CES were showing off the role that robots and automation could play in the store of the future.

Wandering the halls at the Las Vegas Convention Centre, it’s unlikely you’re going to find any fresh food. That is unless you stopped by Wilkinson Baking Company’s booth. Here, freshly baked bread isn’t a tradeshow traffic gimmick, but their end product.

Bread bot is a fully automated bread-making machine that mixes, kneads, proofs, bakes, and sells bread on its own. It’s aimed at grocery stores and local markets who want to cut down on the cost of offering shoppers fresh loaves by eliminating distribution costs. While a consumer version isn’t available yet, Wilkinson Baking says they’re working on a smaller, more portable Breadbot for home use. I told them I’d gladly be a beta tester 🙂

A fan favourite from CES was Foldimate, the soon-to-be-launched laundry-folding robot. The machine can handle basic garments, such as shirts, pants, sheets, and towels, and says it can fold about 25 items or a full load of laundry in less than five minutes.

From Robots that bake your bread and fold your laundry to ones that help you shop. This year at CES, electronics company LG debuted a line of concept bots called Cloi that can serve a variety of functions. Of particular interest was one dubbed Cartbot or the Shopping Cart Robot. This machine brings your traditional shopping cart to life with a robot that can help enhance the grocery store experience. In addition to carrying your items in a “following” mode, the bot also includes a barcode scanner and a checkout system with automated payment capabilities. Another one of LG bots was designed with shopping for clothing in mind. One of the Cloi Butler bots offered a service that could scan your body to determine size and fit, not unlike the LG smart mirror I mentioned earlier.

Along the same lines, Samsung released Bot Retail, a device aimed at restaurants, retail stores, and other similar locations. This Retail Bot includes a touch screen which acts as the interface for customers. The backside of the bot includes shelves for delivering orders or food. The goal is to serve as an assistant and streamline ordering and paying in retail locations.

Teslasuit, not affiliated with Elon Musk’s Tesla, was showing off their full body haptic suit for creating sensory VR experiences. The suits are equipped with 10 sensors for transmitting touch and motion capture in VR.

Royale, the same company that grabbed headlines for their bendable tablet was demoing a fashion-use case for their flexible AMOLED screens. Turn any item of clothing into a promotional video or new medium for digital expression.

And last but not least Proctor and Gamble showed off a new tool for beauty that is essentially Photoshop for real life. It’s called the Opte Precision Skincare System, and it uses LED lights and a digital camera to detect the exact colour and pigmentation of your skin. When it detects blemishes, it applies a serum to treat the blemish and then covers it tiny ink jets of the exact right colour of makeup. While beauty filters and post-production can give our online life the appearance of flawlessness, there’s finally a system to leave you blemish- free IRL. Hang onto your cash, though, the Opte Skincare System won’t be on the market until 2020.

What did you think about CES 2019? Let me know in the comments below, or you can tweet me @AmandaCosco or follow me on Instagram @Electric_Amanda. Electric Runway is also on socials as @Electric_Runway. 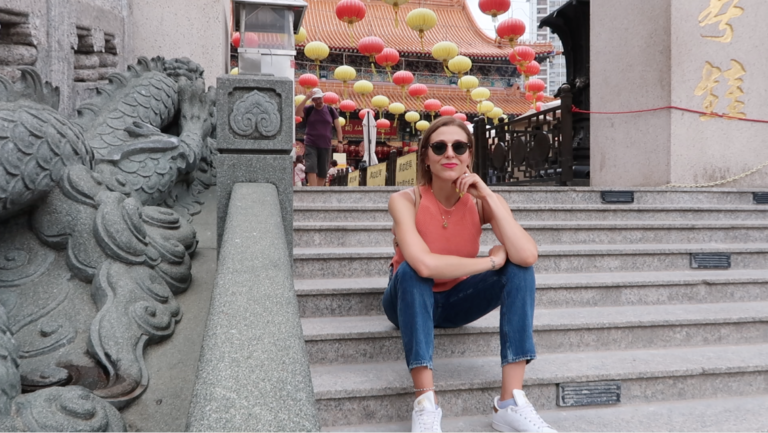 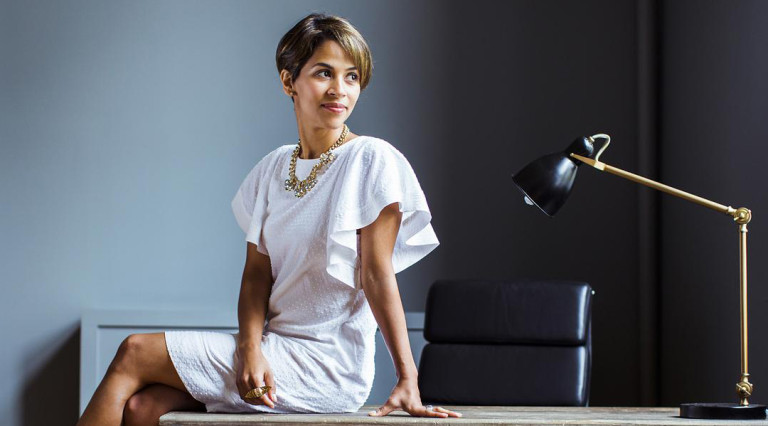 Liz Bacelar of Decoded Fashion: “The Future of Fashion is in the Past” 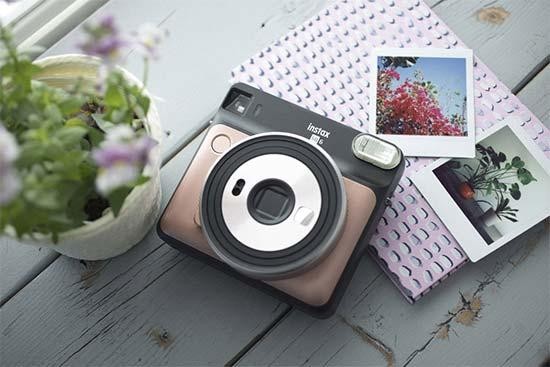 .@adidasoriginals has officially aped in to the @b