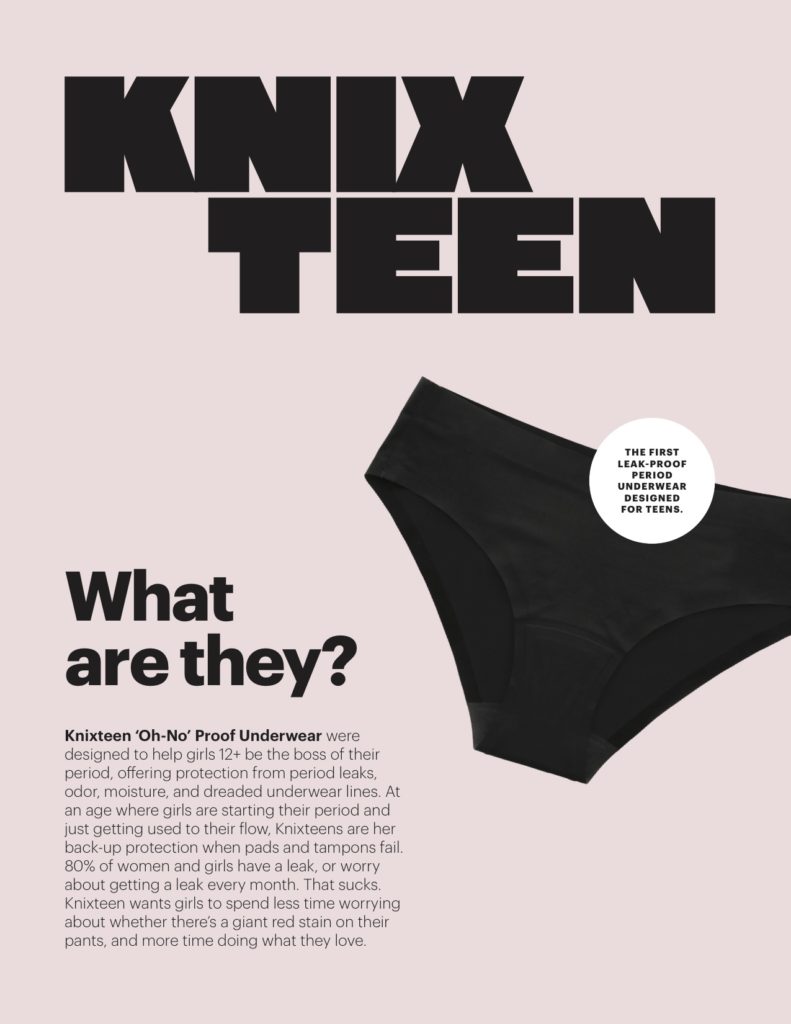 TORONTO (May 25, 2017) – Knixwear, the leading brand of active intimates reinventing women’s underwear, today announces the launch of the first line of leakproof underwear designed specifically for teens. The Knixteen brand and line of products will offer the same performance, technology and protection as its top-selling adult counterpart. The brand features two styles of black leakproof, seamless panties – a boyshort and a bikini cut. Its ‘Oh-No’ Proof Technology™ incorporates absorbent, leak-resistant fabric and innovation often only found in high-performance workout gear, with moisture wicking, quick dry and odor killing properties in every product.

In the United States, the average age for a girl’s first period is 12 years old, but it can begin anywhere between 8 and 15 years of age. According to research done by Morar Consulting*, 86% of women say leaks are their biggest fear, and 78% of women adapt their lifestyle to avoid period problems, often refraining from doing what they enjoy during their time of the month. Knixteen aims to solve these concerns, offering stylish leakproof panties designed to empower and liberate teens when confronted with the often anxiety-inducing experience of one’s period. In an effort to provide guidance and support, the Knixteen site will also act as a resource, breaking down barriers and stigma related to period topics that have been deemed uncomfortable or embarrassing. 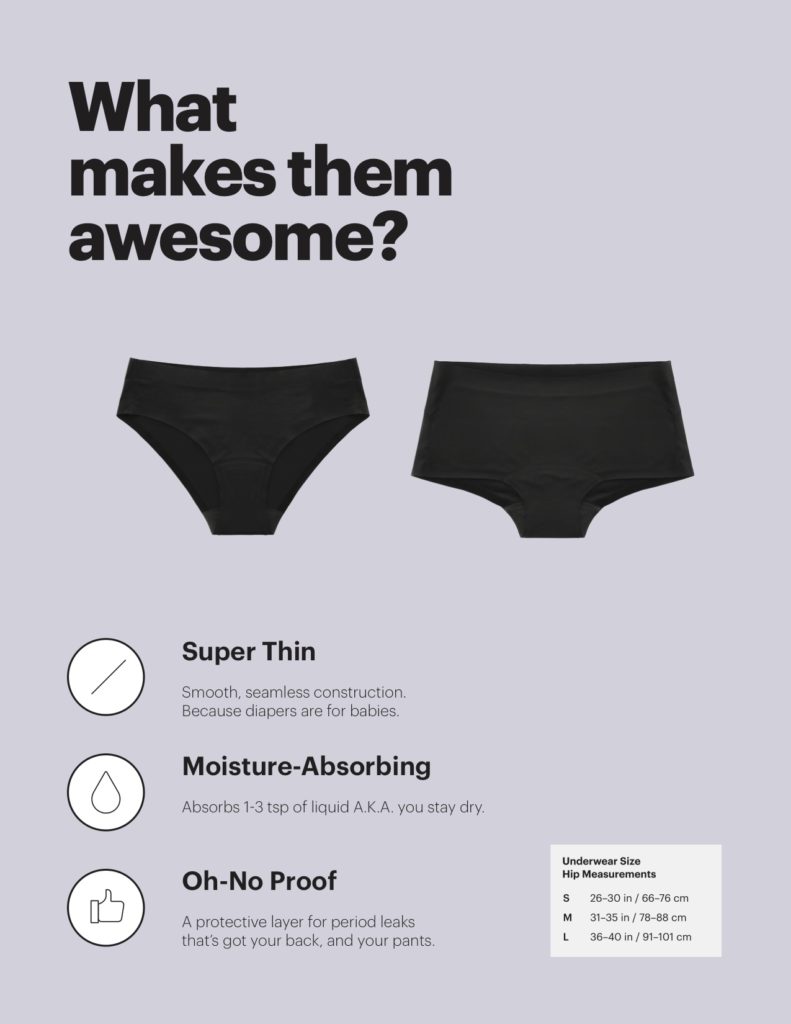 “Girls are getting their periods at a younger age now than ever before,” says founder and CEO Joanna Griffiths. “This results in added pressure and a loss of adolescence. More than anything, we wanted to create products and a brand that we wished were available when we were teens. We want to empower girls to do whatever they want without worrying about what time of the month it is. We are so proud of the Knixteen brand and its potential to alleviate the anxiety associated with periods and liberate young women.”

Launched in 2013, Knixwear began with its leakproof line of panties for women. The proprietary carbon cotton gusset dries 2-3 times faster than regular underwear, with its patented built-in leak-resistant and absorbent panty liner. After a successful crowdfunding campaign enabled the brand to reinvent the women’s underwear market, Knixwear expanded its product offering to include seamless panties in a variety of styles, the 8-in-1 Evolution Bra and the Longevity bra.

Born from a culture of listening, Knixwear uncovered a need amongst the underserved youth demographic after seeing the success of its line for women. As such, everything about Knixteen has been developed with input from teen girls themselves. Even the ‘Oh-No’ Proof Underwear packaging, a reusable pouch, is perfect for use as a period emergency kit, a pencil case or make-up bag. The pouch also comes with instructions that explain how it can be reused as a heating pad.

Additionally, many loyal customers offered feedback indicating that this would be a great product for girls, like their daughters beginning to get their periods. After a year of market research and brand design in partnership with award-winning ad agency Leo Burnett, Knixteen will officially be available online on May 25, in conjunction with Menstrual Hygiene Day on May 28, 2017.

Knixwear will continue to launch new product lines for women while expanding upon current lines throughout 2017, including additional colors and products for the Knixteen line. 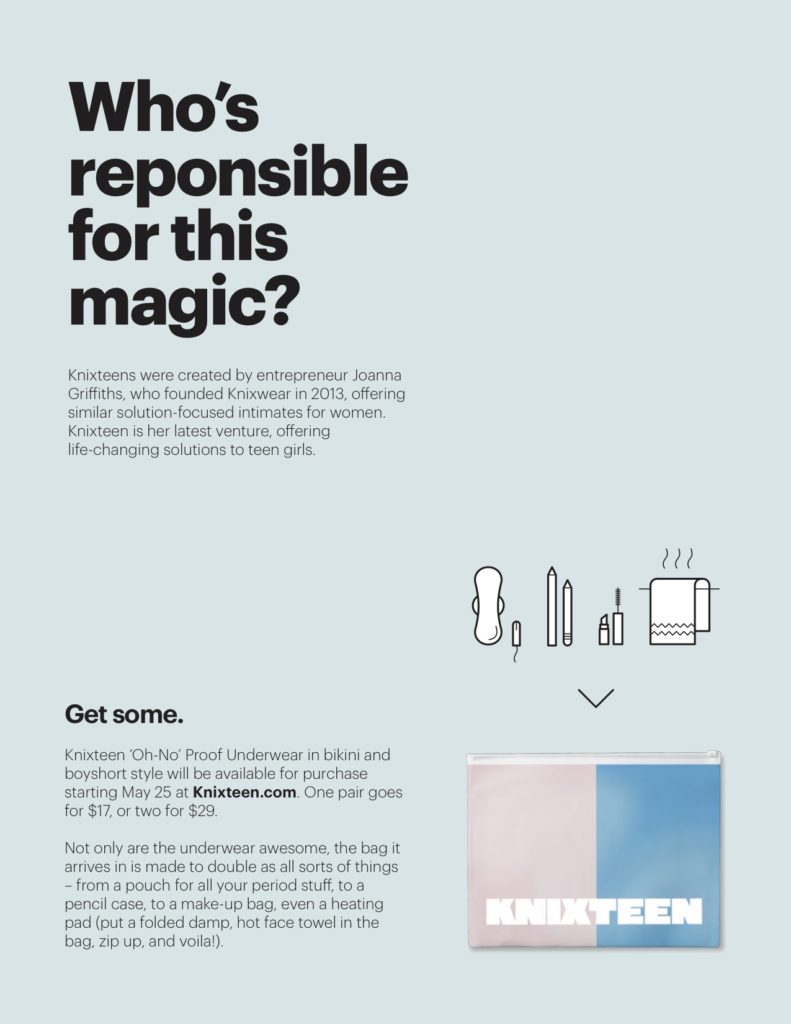 The Toronto-based brand launched in 2013 with a line of leakproof performance underwear. Founder Joanna Griffiths expanded the brand with the 8-in-1 Evolution bra in 2015, with the most funded fashion Kickstarter project in history. Knixwear’s commitment to a culture of listening leads the way for brand growth and product innovation. The size-inclusive product line accommodates women up to size 22, empowering every body to tell its own story.

Interested in having your press release shared on Electric Runway for our ever-growing audience of fashion tech enthusiasts? Contact amanda@electricrunway.com for pricing and information. 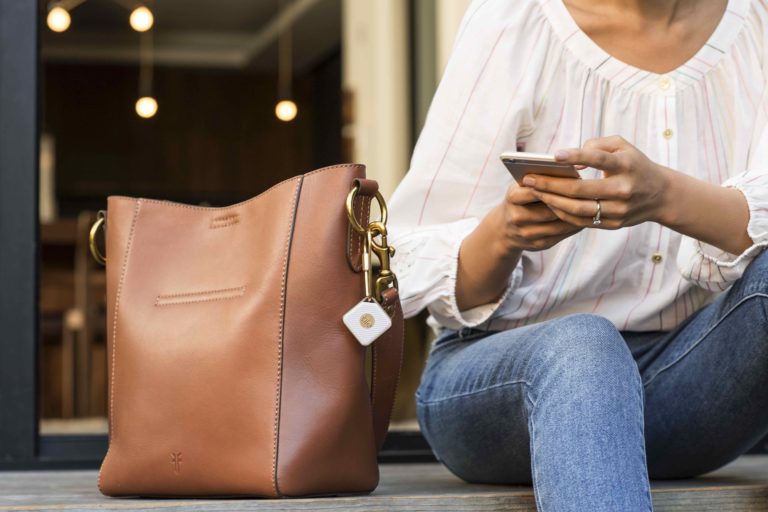 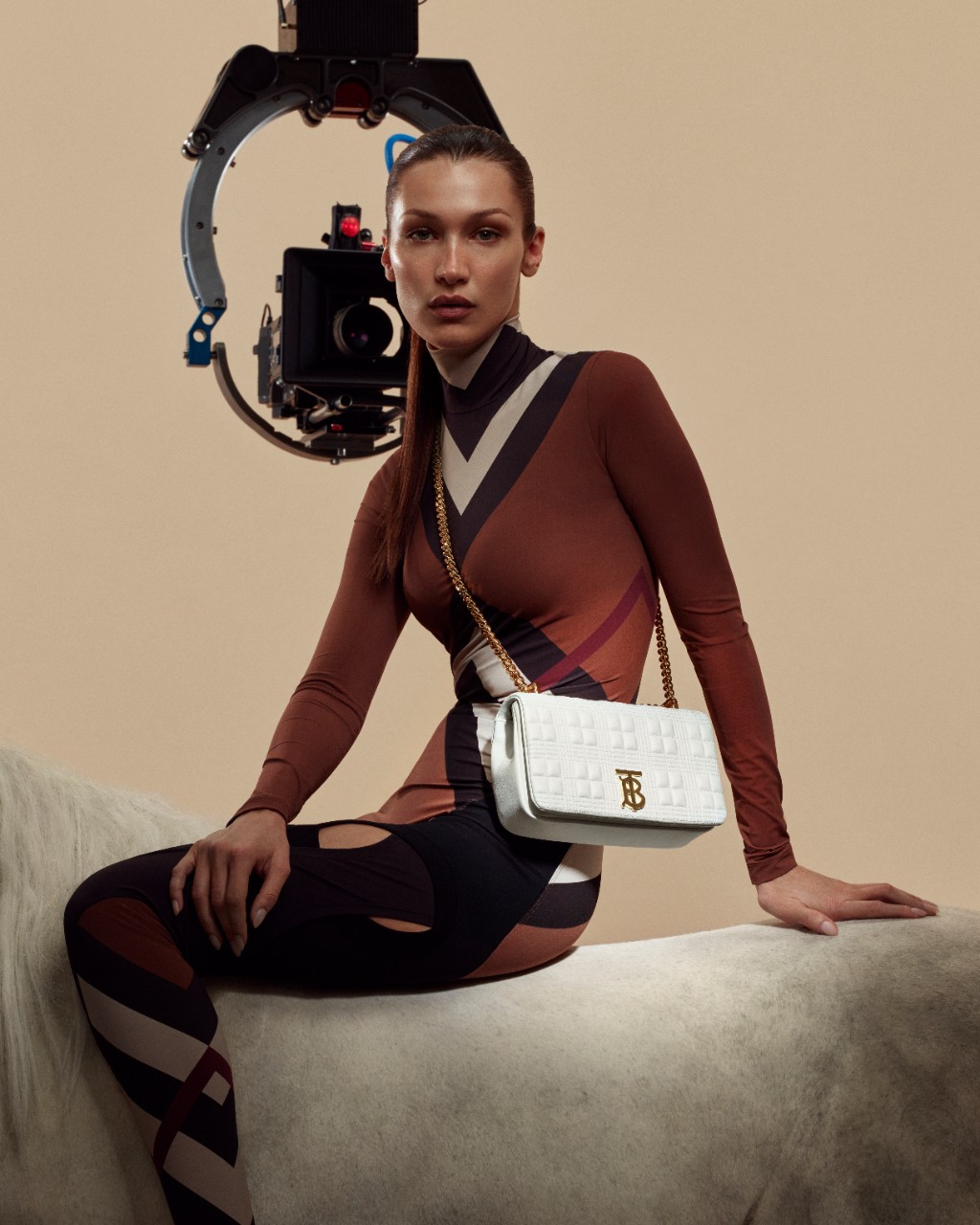 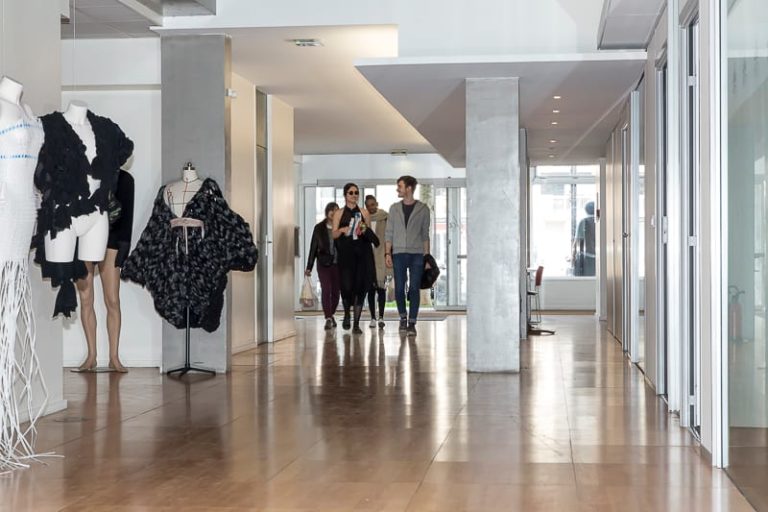