Those of you who follow me already know I was overseas for the month of June doing a little bit of fashion tech sightseeing. Northern Europe is such a hub for creativity in both fashion and technology, so when I was invited to speak in Finland at the beginning of the month at a conference on printed electronics as well as during Berlin Fashion Week at the end of the month, I jumped at the chance to spend some time abroad (call it a work-cation).

One of the most amazing opportunities I had was to give a speech at Fashion Tech Berlin, the conference on the future of fashion. For those of you who don’t know, Fashion Tech Berlin is a one-day satellite event housed inside Premium, a much larger fashion trade show and exhibition that runs alongside Berlin Fashion Week. If the runway shows during Berlin Fashion Week are about inspiration, the trade show is about business. It’s where buyers go to buy, sellers go to sell, and media and coolhunters spot what’s new and next in fashion and retail.

Four seasons ago, Premium expressed interest in bringing wearable technology and electronic garments into their events, so they naturally reached out to my first guest, Lisa Lang. For those of you who don’t know her—write down her name!

Today’s podcast starts with the voice of Lisa Lang, the founder of ElektroCouture and a stronghold of the fashion tech scene in Berlin and beyond. I first interviewed Lisa for an article I wrote for Third Wave Fashion a year ago. At the time, she had just announced that her illuminated apparel would be available in ASOS, making hers the first line of fashion tech products to be sold by a major online retailer. Today, she’s the ringleader of the fashion tech scene as well as its matchmaker.

“Eventually, everybody and everything passes through Berlin” – Lisa Lang

On today’s episode, Lisa helps me recap Fashion Tech Berlin. In our interview, she references Fashion Fusion, a fashion tech contest announced at the event. Put on by Deutsche Telekom, Fashion Fusion is a global contest for advancing wearables and the future of fashion. Contestants from across the world are invited to submit ideas to a panel of experts from global brands like Adidas, Intel, and Wired Magazine. Ten concepts are selected to take part in a six-month residency program in Berlin at the House of ElektroCouture. Under Lisa’s direction, designers will learn how to take their ideas to a minimum viable product and eventually a consumer-ready product.

In addition to facilitating Fashion Fusion, ElektroCouture is also establishing itself as a kind of fashion house that incubates designers and future fashion products. My next guest is one of Lisa’s protégés.

Lilien Stenglein, the founder and designer behind Lilien Finess Design. She has come up with a set of garments for hot yoga that emphasizes chakra points and protects the skin from the harmful rays of smartphones. The fabrics are washable, stretchable, and odor-neutralizing, too. Learn more about Lilien’s work here.

We all know that new technologies are enabling new textiles and new forms of expression, but nothing quite like the creations of Maartje Dijkstra. I met her on the show floor at Fashion Tech Berlin and was taken by her dark, unique aesthetic. The designer studied fashion in the Netherlands before interning at Alexander McQueen.

Maartje has worked with the likes of Anouk Wipprecht on projects like Intimacy, a garment that appears and disappears based on the wearers arousal levels.

Technology is bringing our clothing to life, and one of the most obvious ways that’s being shown is via light. Light-up garments are all the rage at festivals and concerts, but they’ve even made their way into fashion houses like Chanel. Clara Daguin creates illuminated apparel that elevates the aesthetic with couture creations.

Technology is going into every aspect of our lives, and light is the easiest way to communicate that – Clara Daguin

When you walked onto the showroom floor at Fashion Tech Berlin, you couldn’t help but notice Jasna Rok‘s creations.  Even on mannequins, it’s as if they were alive—morphing and changing like origami.

Jasna’s designs mirror your thoughts and morph and change to communicate how you’re feeling—what she calls neuroscience fashion. I really love how fashion is beginning to come to life—it’s as if we want our clothing to mirror our always active minds. Following this thread, have you checked out of FormByTime yet? On the podcast, you’ll also hear from Leonhard Peschta, the creator of unique electromechanical jewelry that’s syndicated with your smartphone.

“Movement is the oldest form of cultural expression”- Leo Peschta

One of the problems addressed at Fashion Tech Berlin is the barrier for entry for creating Fashion Tech. My final guest on the podcast is trying to democratize access to materials and resources with her company, 360 Fashion Tech Kit. Anina Net started putting on future fashion events but quickly found that she couldn’t keep up with audience appetite. Rather than trying to produce more garments, she instead decided to create a series of fashion tech kits for enabling designers to make anything from LED handbags to robotic dresses. 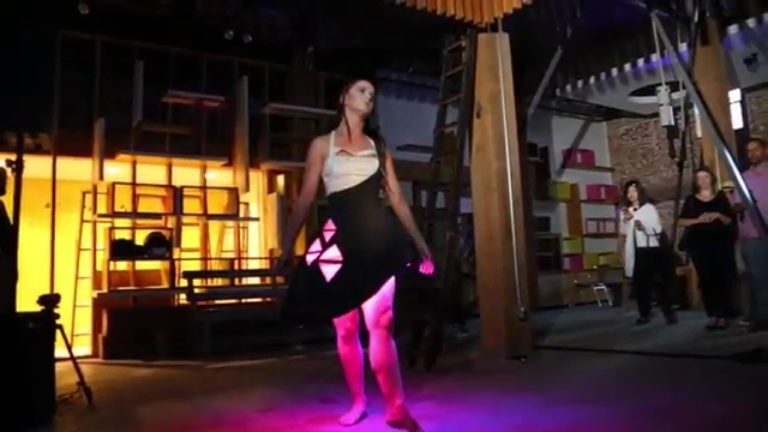 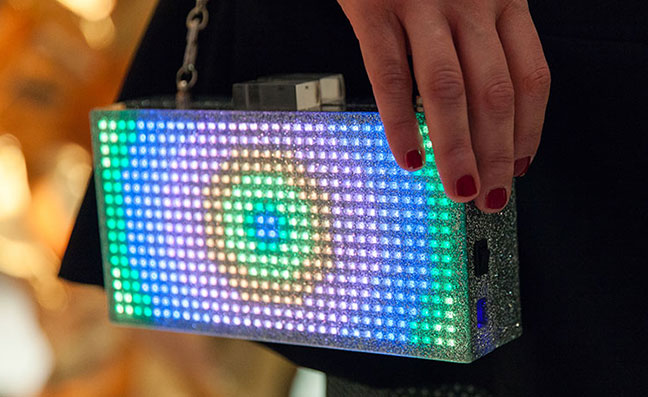 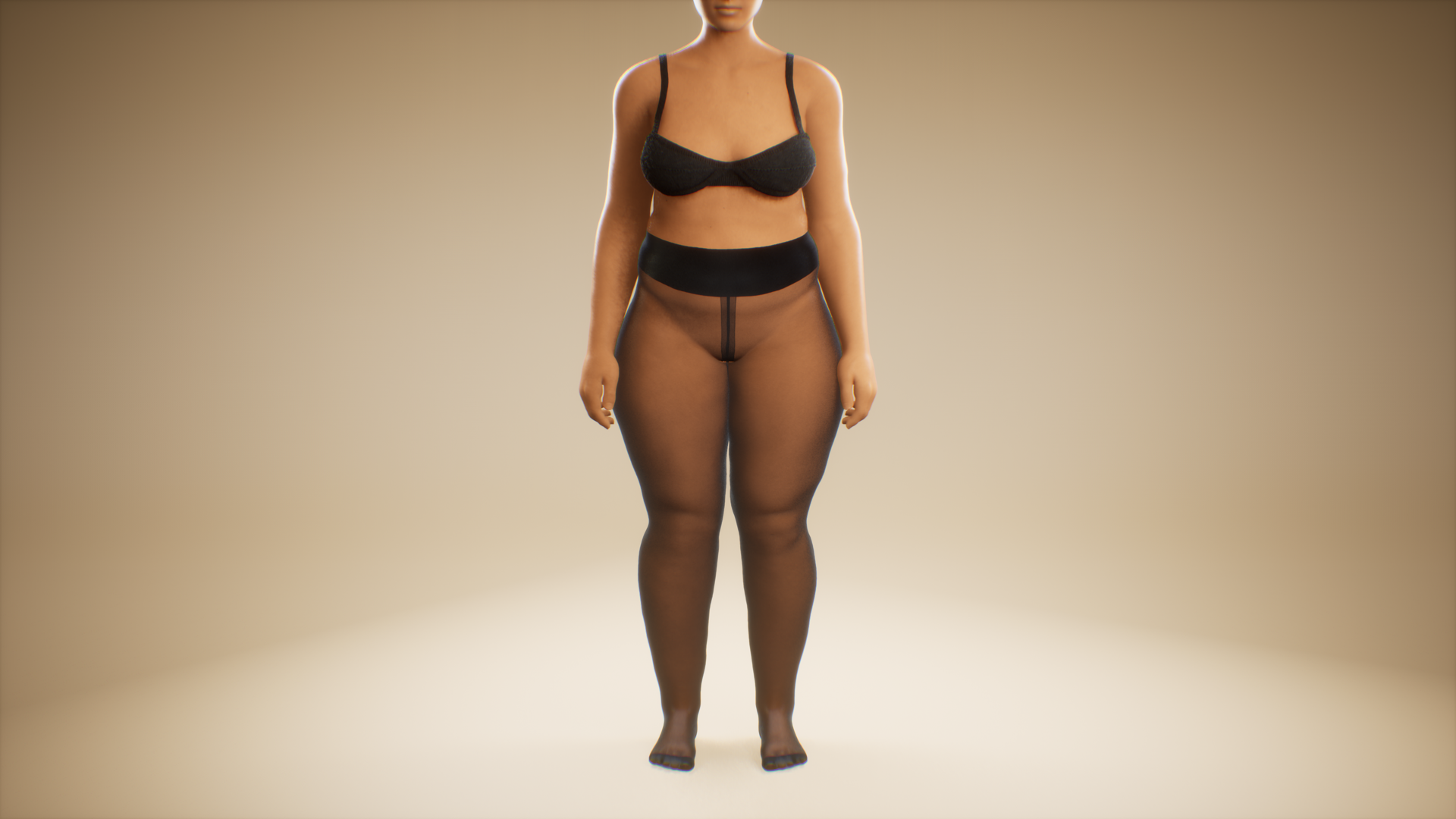 Can eCommerce be a Metaverse Experience?