Fashion Month—that stretch of four weeks that takes place every February and September—has just wrapped up in Paris, and we’re ready to talk about the most memorable moments.

Tommy Hilfiger has really reinvented itself in the past five years. Part of how the brand has accomplished this revitalization is by collaborating with top models like Gigi Hadid and catering to the ways Millenials and Gen-Z consumers shop. For Fall Winter 2019/2020, Tommy teamed up with the actress and singer Zendaya for a very 70s inspired collection that championed diversity, inclusivity, and accessibility.

Bucking tradition, Tommy decided to do a See-Now, Buy-Now Runway show. What that means is that the clothing shown on the runway was available for purchase in-store and online right after the show. Many contemporary designers are embracing this approach because in today’s instant culture of live streaming and fast-fashion, it doesn’t make sense to expect audiences to wait six months to wear something they’ve just seen on the runway. The Tommy x Zendaya show was live-streamed, so even if you weren’t invited IRL you could watch it virtually and be part of the experience.

The show took place at the Apollo Theatre in Harlem, a building with a rich history in the African American community. The models were diverse in age, race, and size; We saw appearances from Winnie Harlow and a pregnant Ashley Graham. 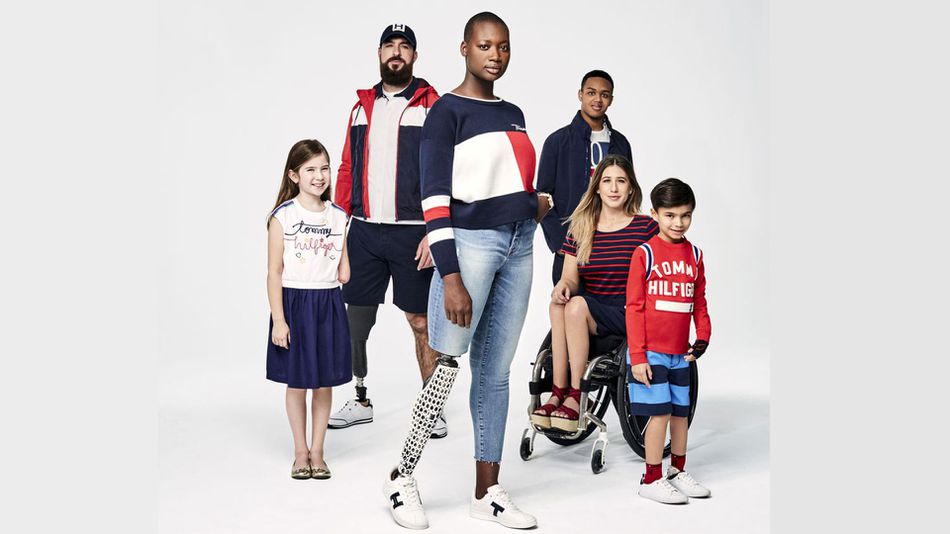 What wasn’t shown on the runway (and wasn’t as widely covered) was the release of Tommy Adaptive. Tommy Adaptive is a new line of clothing designed for the one in five Americans living with a disability. The line features easy closures, fits for prosthetics, and clothing that’s easy to put on if you’re in a wheelchair. Tommy Adaptive isn’t only a great stride for inclusivity, it also makes good business sense. Adaptive clothing is a greatly underserved market, even though it’s estimated to be worth more than $50 billion by 2022.

2. Drones on the Runway at Issey Miyake?

At Paris Fashion Week, Japanese designer Issey Miyake made headlines when what *appeared* to be drones were used to dress models live on the runway. Miyake, who is known for his technology-driven shows and exhibitions, sent models out in skin-coloured undergarments only to have them dressed by clothes that came from a contraption hovering above. Attendees of the show said there were drones on the runway, but in a statement to Business Insider,  representatives for Issey Miyake said that pully systems were actually used. We have in past seen actual drones on the runway: Dolce & Gabanna did this is 2018 in Milan and so have many other experimental fashion weeks like Silicon Valley Fashion Week and MakeFashion.

Donatella Versace showed her Spring 2020 womenswear collection based around a green, leaf-print dress that Jennifer Lopez infamously wore to the Grammys in 2000. According to attendess, at the end of the show, a Google image search field flashed on the screen with the command, “Okay Google, show me the Versace dress,” followed by images of the original look from 2000. Then came the command, “Okay Google, show me the REAL Versace jungle dress.” Then JLo herself appeared, breaking the internet once again.

The runway show helped visualize a fashion fun fact that not too many people know, and that’s that Jennifer Lopez wearing the original jungle dress to the Grammys actually catalyzed the creation of Google image search as we know it. At the time, JLo wearing the green dress was the most popular search term in Google history, but Google search could only render links and text. Google decided they’d like to give users exactly what they’re looking for with search, and thus the Google image search we all know and love was born.

Fashion-Tech designer Anouk Wipprecht debuted a new dress in coordination with New York Fashion Week. The Fragrance Dress, which was created in collaboration with Cirque-du-Soliel and SAP, creates custom fragrances based on personalized input. SAP is the official software solutions partner for New York Fashion Week, and Cirque du Soliel has a rich history of experimenting with wearable and performative technology. The idea here is to enhance interactivity. Guests answer a few questions such as “what is your favourite colour?” and the dress blends a custom fragrance which is delivered in a capsule that’s stored in the dress’ 3D printed shoulder pieces. Wipprecht is known for pushing boundaries in experimental and interactive fashion design.

On the sixth day of Paris Fashion Week, Chanel hosted its spring/summer 2020 ready-to-wear show, which is easily one of the most coveted tickets of fashion month. At the finale of the show, a runway crasher leapt out from the audience and joined the lineup of models. The stunt was widely captured and shared on social media, and was front-page fashion news the following morning. Turns out the runway crasher is actually a YouTuber who makes videos poking fun at French culture. The stunt got people talking: Was it bold? Funny? Disrespectful? All of the above? The opinions were flying.

The incident disrupted the assumed reverence of a fashion show and illustrated just how much social media has changed fashion as we know it. In recent seasons, we’ve seen YouTube personalities like Emma Chamberlain invited to fashion week, and there has been a lot of controversy over whether or not YouTube stars should be invited in the first place. This incident comes on the heels of YouTube releasing YouTube Fashion, a channel dedicated specifically to providing subscribers with a virtual front-row seat to Fashion Month. YouTube, is infiltrating the fashion industry as we know it, and the runway crasher at Chanel was a microcosm of this.

What were your most memorable moments from fashion month? Let us know in the comments, or share with us on socials—we’re @Electric_Runway 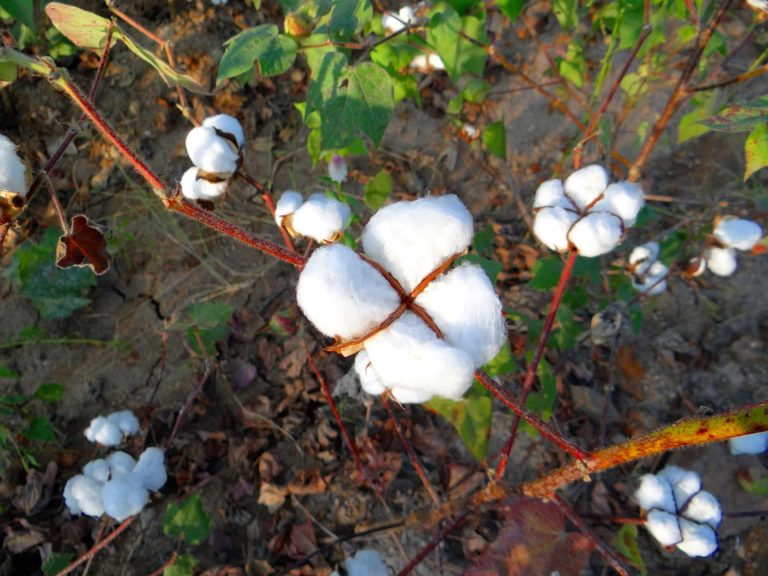 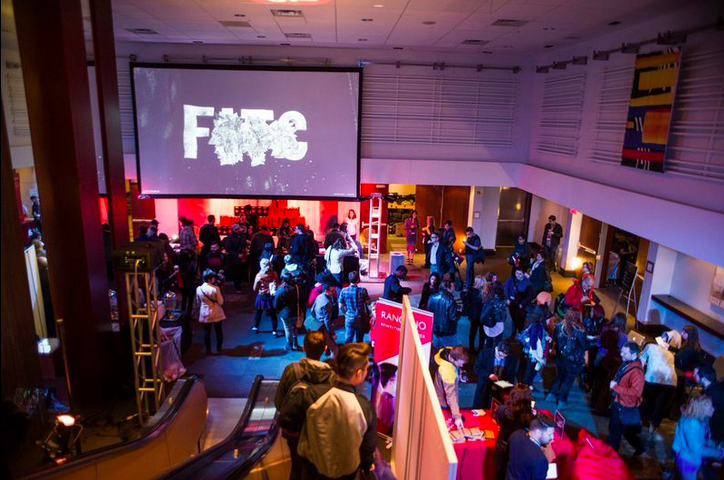 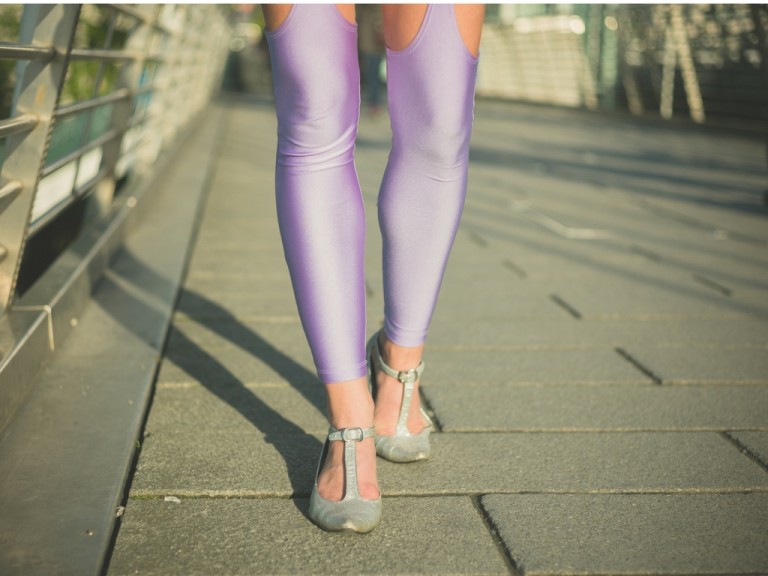 Watch: Back to the Future of Fashion at WWTO

.@adidasoriginals has officially aped in to the @b