Interview with a Cyborg | How Machines Mesh with Mankind

While science fiction may have familiarized us with the concept of cyborgs, one wouldn’t expect to come face to face via Skype with a living person blurring the line between man and machine.

Thirty-one-year-old Neil Harbisson calls himself a cyborg. The artist from the Catalonia region in Spain is thin with a small frame and wears his bleached hair combed forward to match the angle of his antenna, a machine that protrudes from the back of his skull and hovers over his head at brow-level. Born with achromatopsia, a rare visual condition which prevented him from perceiving colour, Mr. Harbisson has cybernetically altered his body with the antenna so he can hear colour. 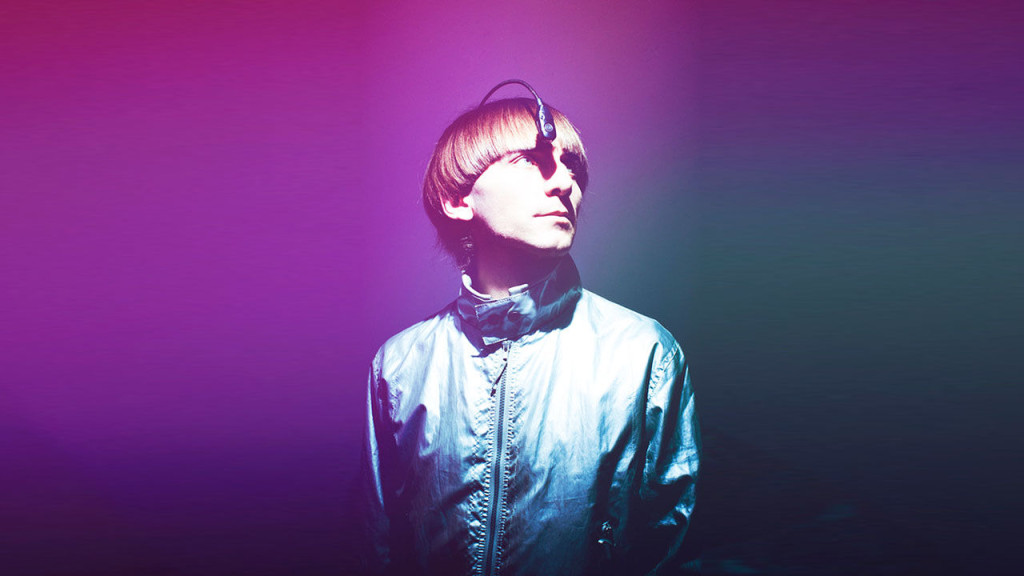 n 2013, he became the first person in the world to have an antenna osseointegrated to his skull (attached to the bone) allowing him to hear colours by way of bone conduction. This latest version of a device he calls an eyeborg, enables him to perceive colours outside the human spectrum and includes bluetooth, allowing him to receive phone calls directly through his skull.

Coined by Manfred Clynes and Nathan S. Kline in 1960, the term “cyborg” comes from blending the english words “cybernetic” and “organism.”

When I refer to his eyeborg as a device, Mr. Harbisson is quick to correct me: “It’s no longer a device, it’s a body part” he explains. “It’s inside my skull.” When someone touches the eyeborg, Mr. Harbisson feels it the same as if someone was touching his arm. When he rotates the antenna from left to right he feels it in his body. He showers with it, sleeps with it, and it does not turn off. “I do not feel that I am wearing technology, but that I am technology,” he says.

On Tuesday, Mr. Harbisson will give a keynote address at Mesh, an annual two-day conference in Toronto focused on what’s new and next in digital. In the current moment when wearable technology is the craze, Mr. Harbisson provides a glimpse into a not-so-distant future where technology isn’t something we wear but something that’s under our skin.

Mr. Harbisson’s transition towards becoming a cybernetic organism didn’t happen all at once but instead occurred in waves.

“Colour has always been mystical to me,” he says. “As a child, I knew I was colour blind, but I didn’t know I was totally colour blind until the age of eleven.” While other children perceived colour, he memorized the grass is green and the sky is blue without having any real sense of it. The experience was alienating. “I felt socially disconnected,” he says.

In the early 2000s, Mr. Harbisson was studying music composition at Dartington College of Arts in England when he met Adam Montandon– founder of HMC Interactive, a digital production agency– who came to give a talk on cybernetics. “I approached [Montandon] and asked if we could start a project to extend my senses,” Mr. Harbisson tells me.

At age 21, he tried out the first collaboration with Montandon: a head-mounted camera that translated colours into sounds. This earlier iteration of the eyeborg required him to wear headphones and a computer with a battery pack, which he carried around in a backpack. This was not ideal, he tells me, because the headphones blocked an existing sense and the backpack–which weighed over 10 lbs – was taxing on his body.

In 2007, with the help of software developer Peter Kese, the eyeborg’s scope was extended so Mr. Harbisson was able to perceive hues and saturations outside the human spectrum. He can now hear ultraviolet and infrared. “Infrared is a bit lower [sounding] than red and ultraviolet goes up above violet.” As he speaks he marks the air with his left and right hands as if the colour/sound spectrum were spread out between us like a xylophone.

In 2010, the computer was converted into a chip which was installed in the back of his head, allowing him to hear colour through bone conduction. “At first it was mentally disturbing because there was constant input, so I had strong headaches,” he says.

“It’s a different feeling than hearing normal sound,” Mr. Harbisson tells me. For him, silence is white. A trip to the art gallery is akin to visiting a concert hall. The supermarket sounds like a nightclub. “I can listen to a Picasso and arrange my food into my favourite songs,” he explains in his 2012 TED Talk, which has been viewed more than 1,517,000 times. Mr. Harbisson says prior to the eyeborg he would dress to please the eye, but now he dresses to please the ear: a C-major outfit is achieved with canary yellow pants, a peacock blue shirt, and a flamingo pink jacket.

He says a secondary effect took place from wearing the eyeborg whereby regular sounds started to generate colour associations: for example, the ring of the telephone became a green experience, and the monotone beeps of the BBC felt turquoise. While some would recognize his experience as synesthesia (a neurological phenomenon by which people experience a collision of the senses), it’s important to remember that unlike other synesthetes, Mr. Harbisson’s condition is cybernetically introduced.

Cyborgs in science fiction have long functioned as fictional devices for negotiating humanity’s relationship with technology. But fiction may have sensationalized cyborgs to a point where we’re blinded to the more more subtle ways humans have begun to mechanize our bodies. By Clynes and Kline’s definition, there could already be hundreds and thousands of cyborgs among us. Today, an estimated 324,000 people worldwide have received cochlear implants – electronic devices which allow the deaf or near-deaf to hear. Artificial pacemakers and defibrillators have become so commonplace that we often don’t think of them as machines. We’ve already begun to use 3-D printed bones in reconstructive surgeries, and DARPA has already outfitted veterans and amputees with a robotic arm system, called the DEKA arm. With so many people integrating technology into their bodies, it’s difficult to untangle the wires to see where humanity ends and cyborgism begins.

While the physical integration of the technology with his body took place over time, Mr. Harbisson says it was the mental union between the software and his brain that really made him feel like a cyborg:

“I started to hear electronic sounds in my dreams” he says. “My brain was creating the same response as the software and I couldn’t tell the difference.”

Beyond transitioning physically and mentally to cyborgism, Mr. Harbisson also experienced a kind of social ratification in 2004 when he renewed his passport. “You’re not allowed to appear on U.K. passports with electronic equipment, but I insisted to the passport office that what they were seeing was a new part of my body.” Although historically other cyborgs have been cited (Melbourne’s Stelarc and Toronto’s Steve Mann come to mind) some have read the inclusion of the eyeborg on Mr. Harbisson’s passport as official recognition of his cyborg status. 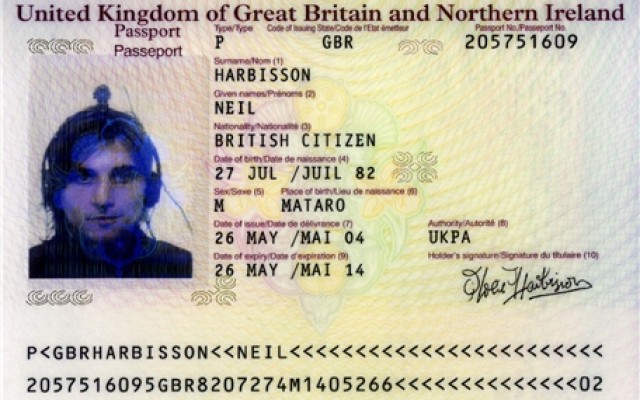 In “Flesh and Machines: How Robots will Change us” author and robotics entrepreneur Rodney A. Brooks argues that humans have embarked on an irreversible journey of technological manipulation of our bodies. Writing in 2002, he predicted that the next 20 years humanity would become a merger of flesh and machine.

“All you have to do is look at our relationship with our smartphones to understand how we’re already a kind of wireless cyborg” says Ramona Pringle.

Ms. Pringle is a professor in Ryerson University’s Master of Digital Media Program and a researcher studying the relationship between humans and technology. “We’re evolving to be more reliant on our smartphones, and we’re essentially offloading our brains – our contacts, photos, schedules, directions to where we’re going – to our phones.”

In addition to strapping ourselves to our smartphones, we’re also increasingly comfortable outfitting our wrists, babies, and dogs with electronic devices. Wearable technology – clothing or accessories incorporating computer and advanced electronic technologies–is more than just a current craze. According to CB Insights, last year investors put $458-million into companies that make wearable products. Developments such as Google’s Glass, Pebble’s Smartwatch, Nike’s Fuelband, Rest Device’s Mimo Baby, and Bionym’s Heartbeat Identification Wristband are all signs that we’re snuggling up to technology in unprecedented ways.

“For the most part up until now we’ve had a separate relationship with our devices” says Tom Emrich, co-founder of the Wearable App Review, a website dedicated to wearable technology.
Mr. Emrich is also the founder of “We Are Wearables,” a Meetup group in Toronto which attracts more than 300 attendees monthly with a waiting list. While Emrich says he doesn’t think people will rush to have manipulations such as Mr. Harbisson’s any time soon, he does agree that in the past five years technology has grown a lot more intimate: “Bracelets, clothing, headbands, glasses – these are all very personal objects. They touch our skin or augment our vision.”

With the mission of helping people become technology in mind, Mr. Harbisson started the Cyborg Foundation in 2010, an international nonprofit organization headquartered in Barcelona. They defend cyborg rights and work with students and universities to help people become cyborgs.

Current projects include the Fingerborg, a prosthetic finger with miniature camera, and the Speedborg, a radar that allows you to perceive the speed of movement around you through vibrations.

Asked if he fears we’ll lose our humanity by mechanizing our bodies, Mr. Harbisson says it’s actually quite the opposite: “The more we become technology the closer we’ll be with nature and other animal species.” He tells me he feels closer to dolphins, who also hear through vibrations, and insects. “Having an antenna is something natural to animals and insects, not to machines.”

In addition to promoting cyborgism as a lifestyle, the foundation also encourages it as an art movement. “Artists can now create their own senses and express themselves through new senses” says Mr. Harbisson.

In his own artwork using his newfound sense of colour perception, Mr. Harbisson translates famous songs and speeches into paintings. He has also created sound portraits of the likes of Prince Charles, Nicole Kidman, Woody Allen, and Leonardo DiCaprio by pointing the eyeborg at them and recording the sound of their face.

When reading human flesh with the eyeborg, Mr. Harbisson says that all human skin (white, brown or black) sounds like various shades of orange. The observation underscores the undeniable humanity that’s present throughout his work and art—a humanity that can only be seen through the lens of technology.

This story first appeared in The Globe & Mail 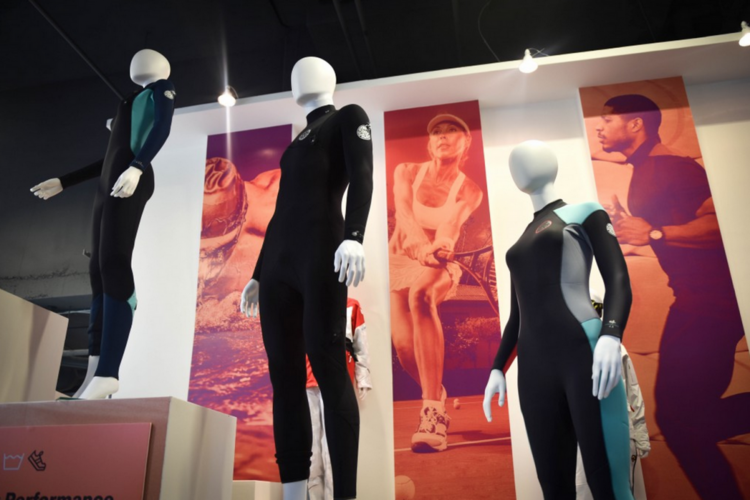 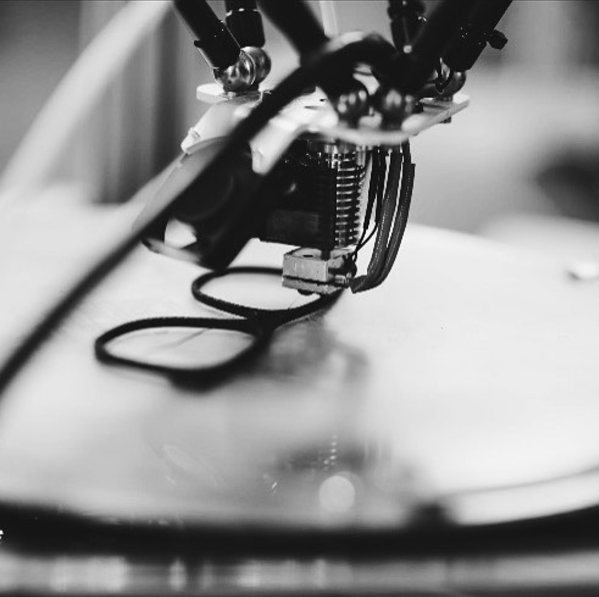 From Scraps to Sunnies: You’ll Never Guess What These 3D-Printed Glasses are Made of 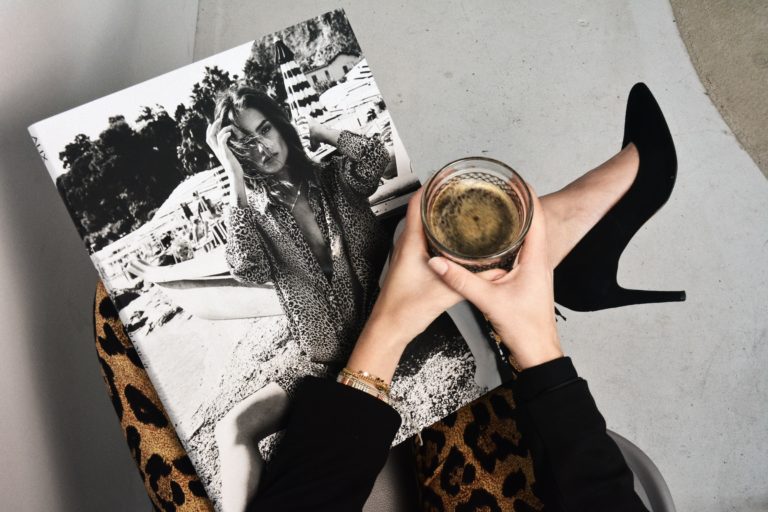