Last night, a reunion of sorts took place at the MaRS Discovery District in Toronto as We Are Wearables hosted one of its quarterly summits. In case you haven’t heard, We Are Wearables Toronto (WWTO for short) is one of the largest wearable technology meetups in the world, with a mission to bring together speakers, entrepreneurs, exhibitors, businesses, and the general public all invested in the future of technology worn on the body. The theme of the summit was “We the North,” a celebration of Toronto’s thriving wearable tech ecosystem. 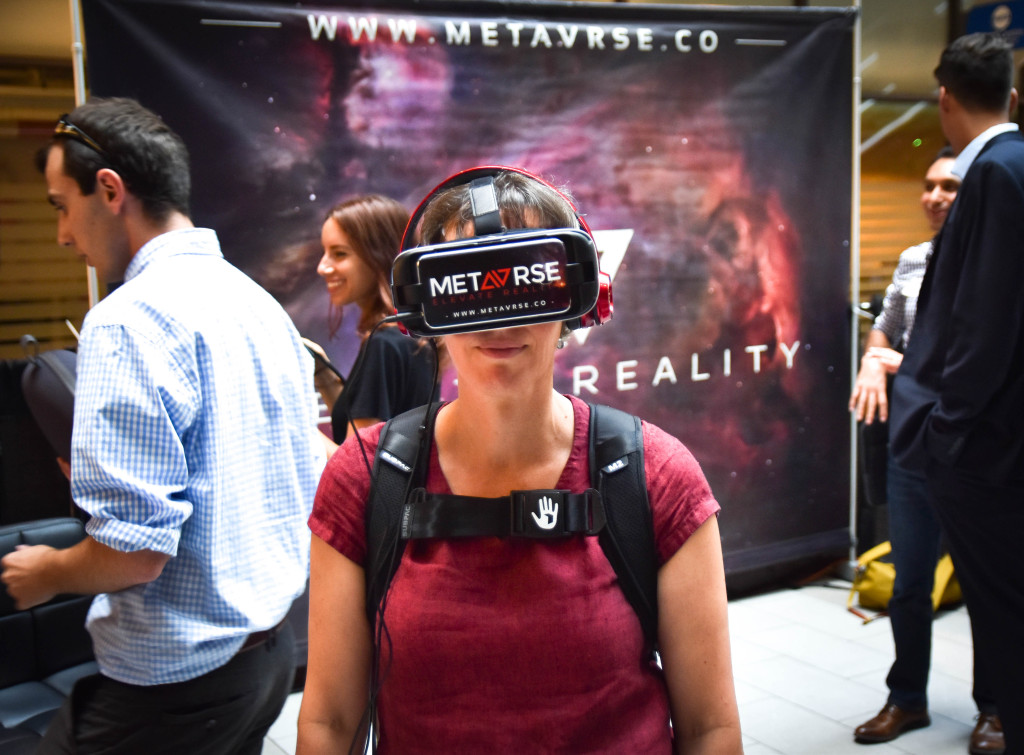 After all the buzz, the word “wearables” may now evoke feelings of cynicism. Where’s that great use case for Google Glass? Bored of your Apple Watch yet? What about all the flack Fitbit is receiving over the accuracy of its biometric readings?  While it’s true that we may be at the trough of disillusionment in the hype cycle according to Gartner Research, the best is yet to come. After all, following the roller coaster of hype and disappointment comes enlightenment and productivity, right? 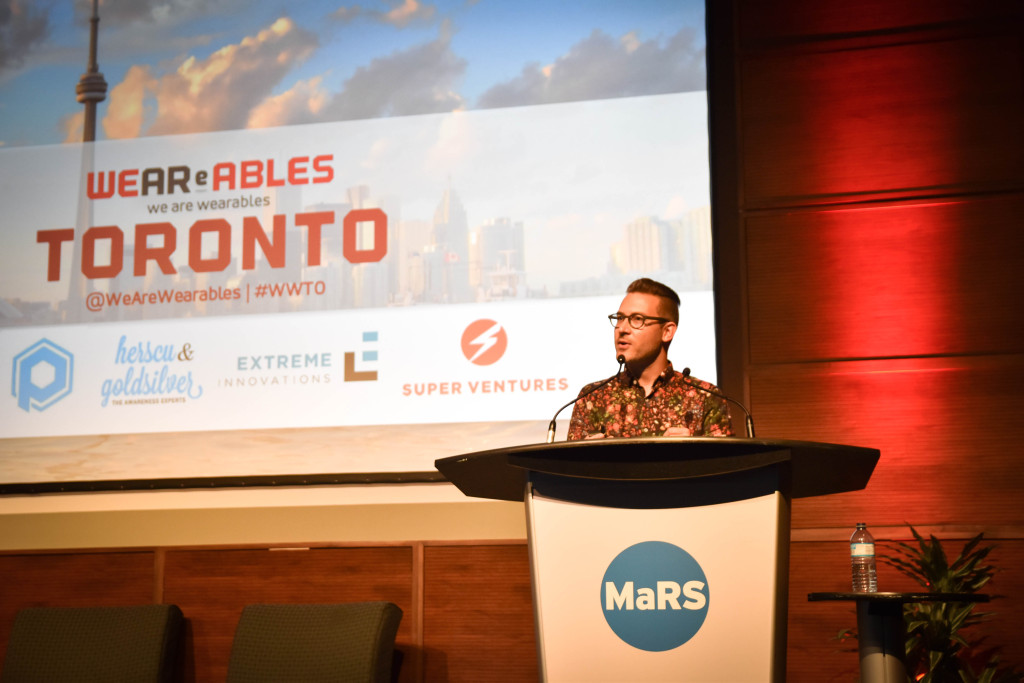 To take the temperature of the Toronto tech community, WWTO Founder Tom Emrich welcomed a crowd of about 300 back to the meetup’s original home at MaRS. The night included an exhibitor area that spilled into the halls of 101 College Street, as well as a series of fireside chats with companies and characters dotting the Toronto tech landscape. 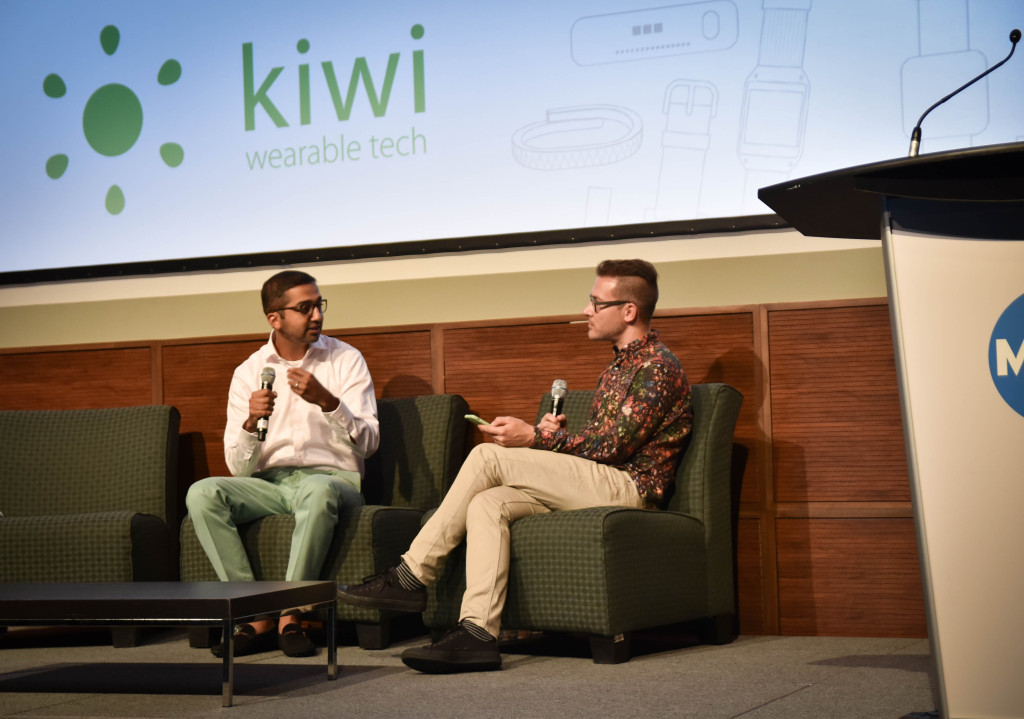 Tom welcomed Ali Nawab, the Founder of Kiwi Wearables, to the stage. Kiwi was one of the very first startups to speak at WWTO, and has grown alongside the community. Since Kiwi started in 2013, it has raised more than $2.5 million in funding.

While the company may have roots in hardware, Nawab says they’re now focused on software. Rather than trying to get consumers to integrate a new piece of hardware into their lives, Kiwi is now using the technology already inside your smartphone (mainly accelerometers and gyroscopes) to deliver data insights. Nawab points to the popularity of games like Pokémon Go as evidence of a “return to the mobile phone.” Nawab says smartphones still present the opportunity for consumers to experiment with new technologies such as AR with devices they already own. 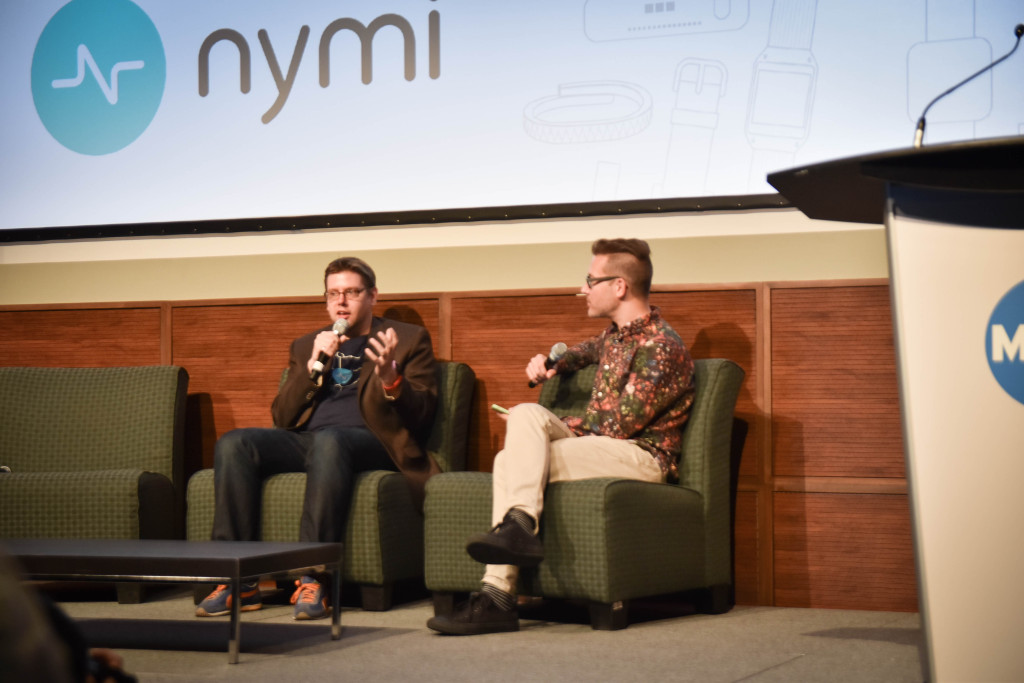 Next, we heard from Karl Martin, the Founder of Nymi. Karl spoke about the company’s journey from a consumer-facing product that launched on Kickstarter towards repositioning itself as an enterprise solution. For those who don’t know, Nymi was formerly Bionym, a startup that made a name for itself as the heartbeat authentication company. By using your unique heartbeat as an identifier, the Nymi band promised to be able to unlock everything from your car to your computer.

Turns out, the company was way ahead of its time, since the infrastructure for the Internet of Things isn’t there yet. Right now, Nymi is partnering with Toronto-based Bio-Connect to make it easier for employees to access physical spaces (for example, unlocking doors in offices). Stay tuned to Nymi for more announcements regarding partnerships this fall. 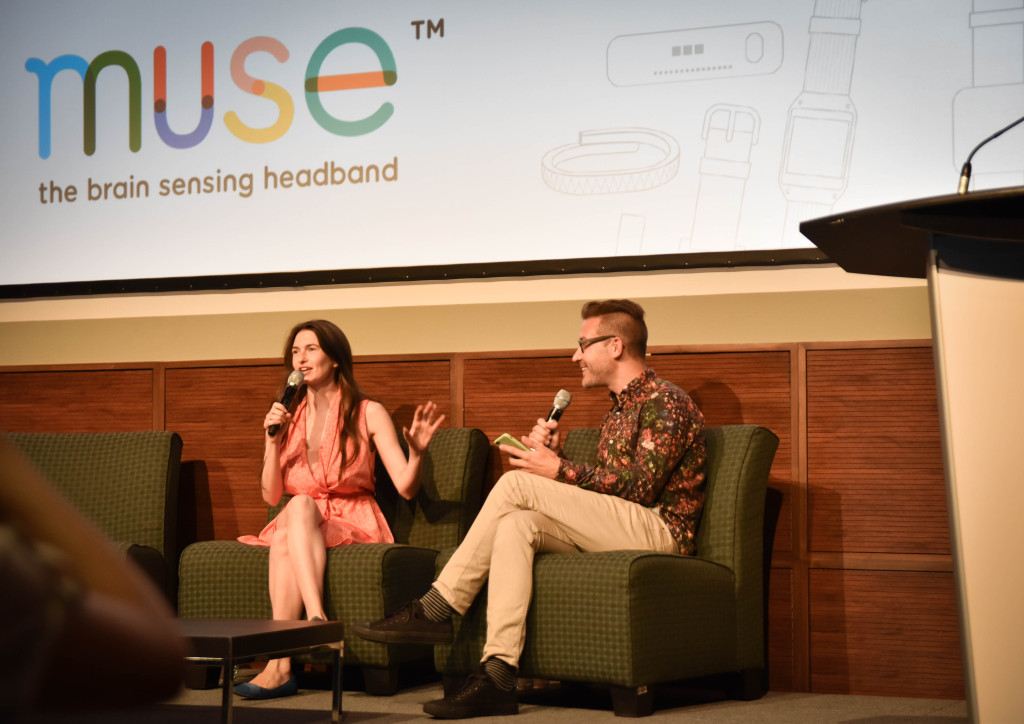 When we last saw Airel Garten of Muse, the company had just announced their brain-sensing headband would be available in Best Buy and Chapters. Last night, Garten was back to give us an update, with a new addition to her family (congrats mama!). So what’s new with Muse? To start, new content. Muse has partnered with a number of the world’s top meditators to offer guided meditations via their companion app. The company has also found many research pockets that are testing Muse and seeing positive results, such as sports therapy, breast cancer research, life coaches, and even the Mayo clinic. Garten says data is coming back showing Muse increases your calm and improves your reflexes. “Muse is on its way towards becoming a part of your technology suite” says Garten. 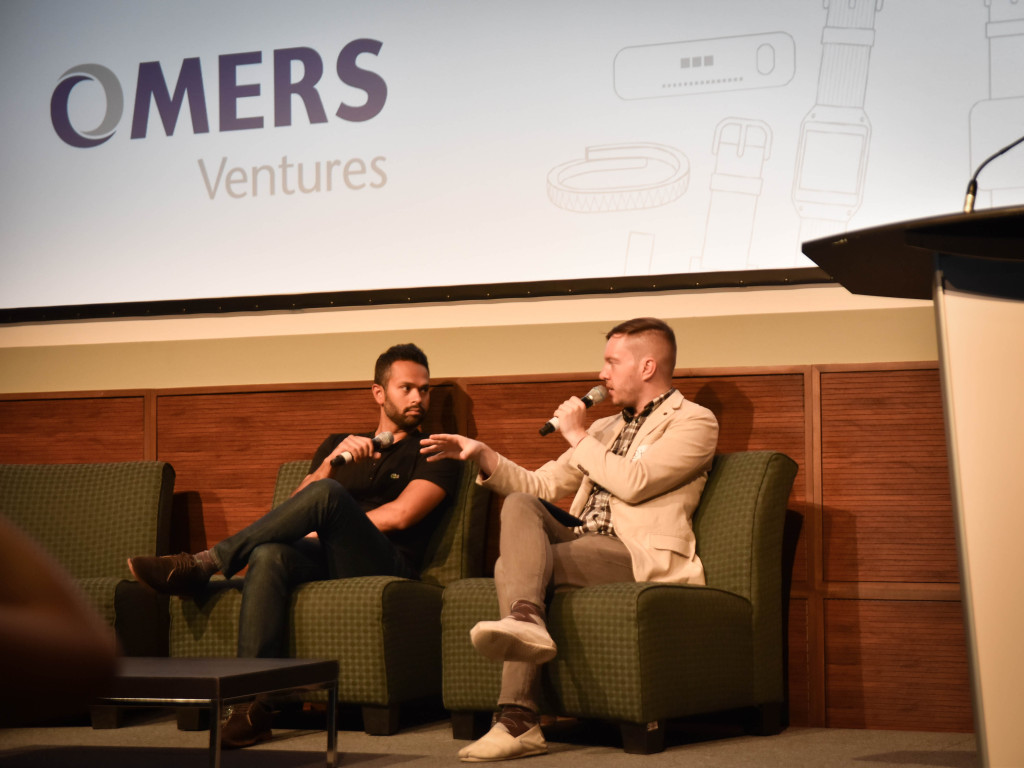 The final fireside chat was hosted by Douglas Soltys, Editor-and-Chief of Betakit. Soltys was joined by Prashant Matta, Associate at Omers Ventures. Matta shared with us his predictions for the future, including artificial intelligence, augmented reality, and innovations in FinTech. 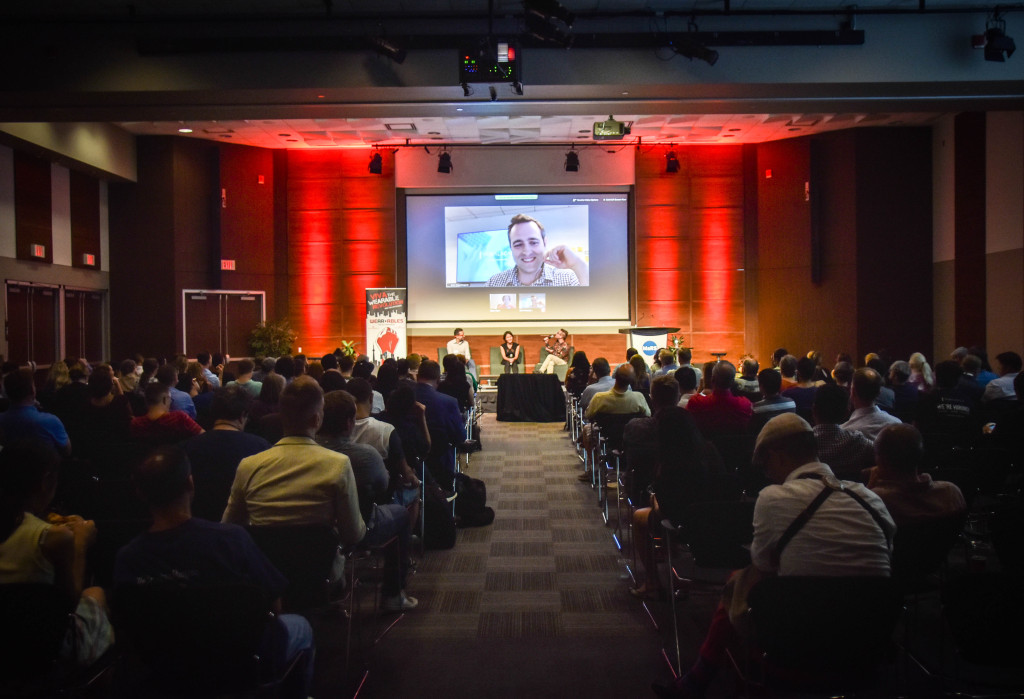 The evening wrapped up with a reunion of Canada’s original Google Glass Explorers, including Ahmad Nassri, Macy Kuang, and Brian Best and Emir Hasanbegovic via Skype. The conversation centered around the promise of Glass vs. what it is now. The consensus was that today, Glass is no more than a conversation piece, but beyond that, the device has lost its impetus.

It was great to see everyone in Toronto! WWTO is back August 24th to look at the future of fashion with Best Buy Canada. Check out the details here.

The next #WWTO will be an 80s costume party?? #Tech #Toronto #FashionTech pic.twitter.com/Umoac0ao6v 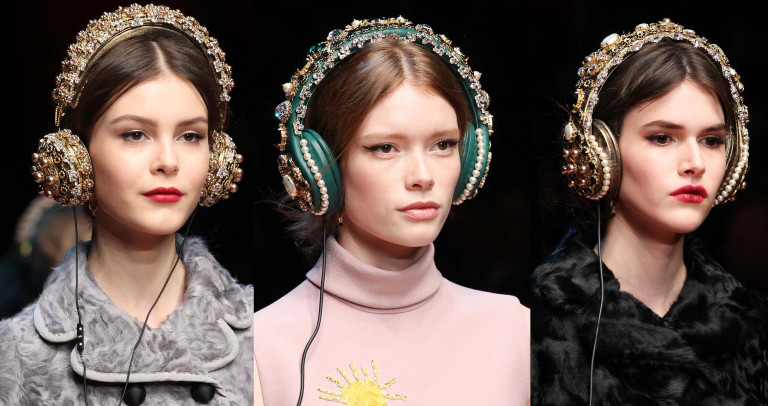 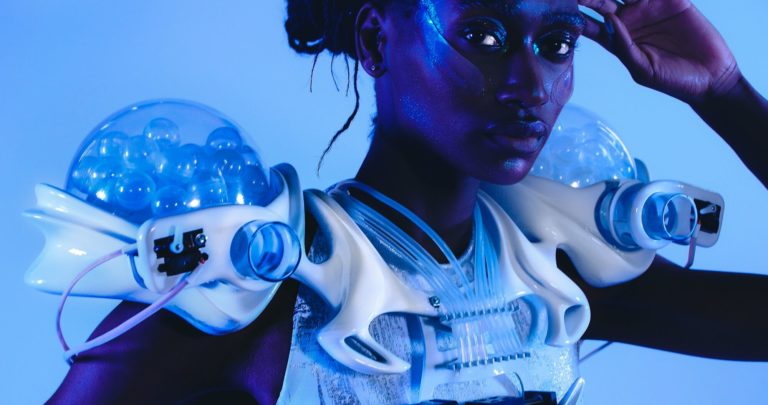 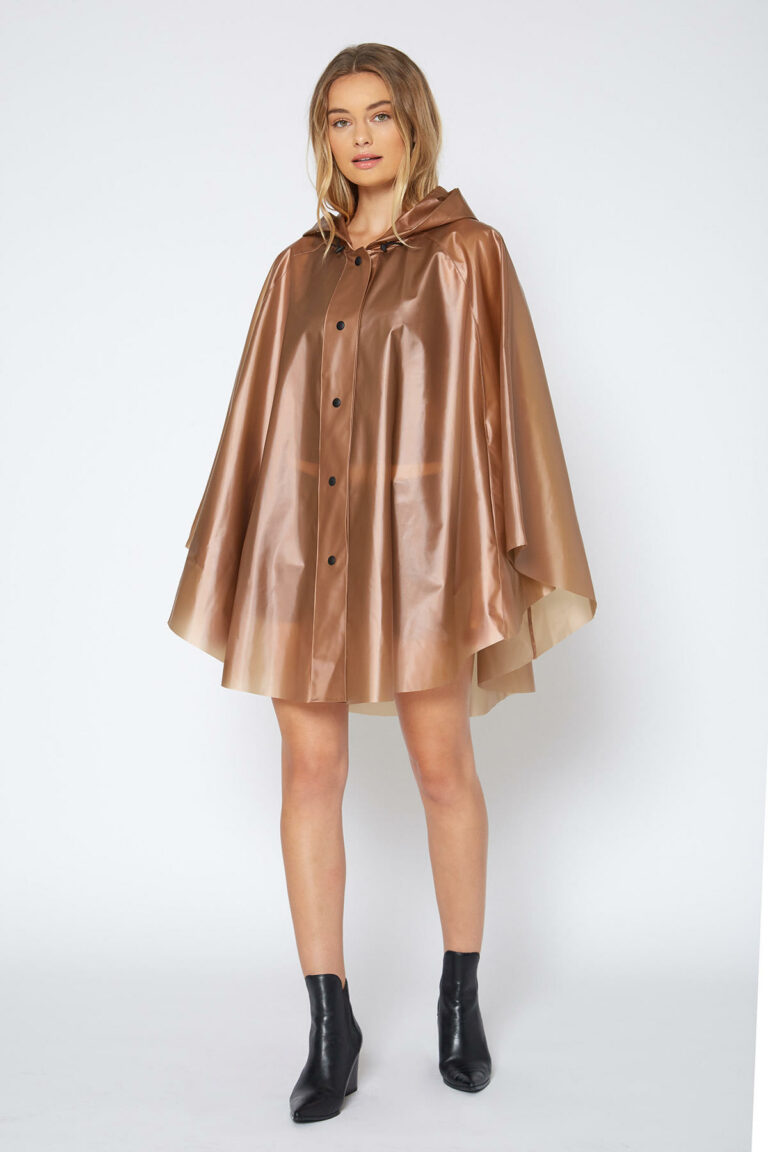