Q & A with Anouk Wipprecht 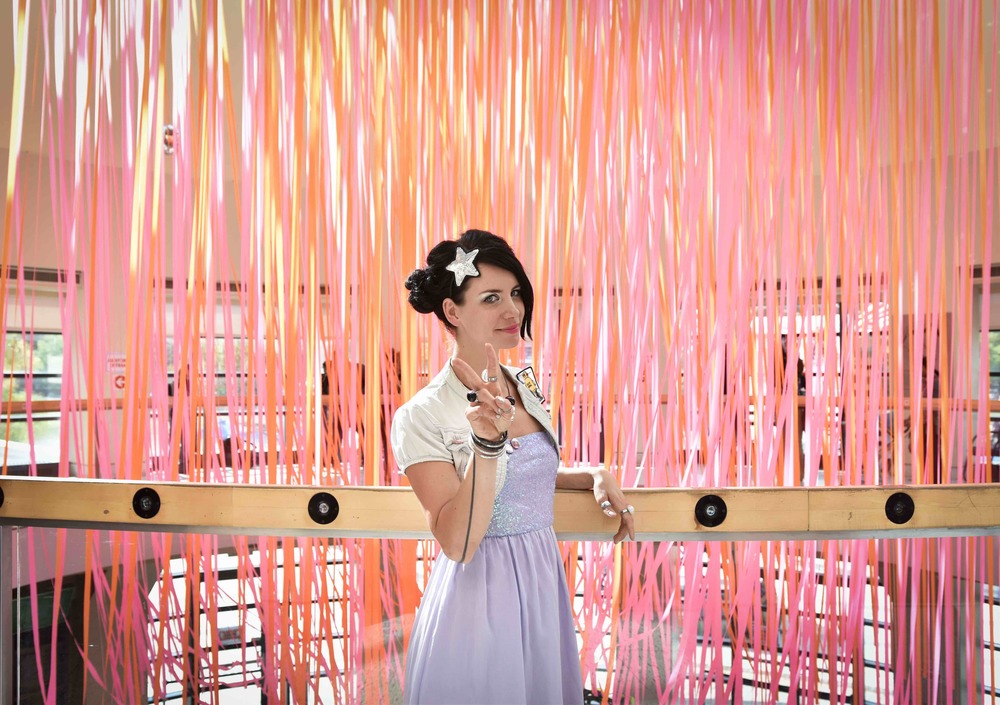 Earlier in 2015, Electric Runway founder Amanda Cosco travelled to World Maker Faire in New York to interview Anouk Wipprecht, the fashion designer behind attention-grabbing garments like the Spider Dress and the smart dress series for Audi. Their conversation centred around sensors, micro-controllers, smart fabrics, and the future of fashion—not to mention the importance of designing wearables for women. Stay tuned for Amanda’s feature article on Anouk for Third Wave Fashion Magazine. In the meantime, here’s an excerpt from their conversation.

ER: You said in an interview recently with the San Francisco chronicle that “normal fashion felt dead to you.” Do you think it’s starting to come alive again with fashion tech?

AW: When I started to combine fashion and technology together I dreamed of an emotional second skin—something that is sensory, something we can use to breathe new life into fashion.  When fabrics are combined with sensors, they become something we can express and communicate with.

ER: One thing we noticed about your creations is that even though they’re highly technical they really seem to draw inspiration from the natural world. What does design have to learn from nature?

AW:  Design can learn a lot learn from nature, including system behaviour. As humans, we’re socialized into certain behaviour, but what happens when you get in cat’s personal space? They’ll immediately give you a claw.

ER: We also noticed that you create wearable tech that’s expressive rather than quantitative, which goes against the grain of the mainstream wearable tech we’ve seen. Fitbit, for example, is about reading the body. Your garments speak. Why did you take that approach?

AW: Wearables today do a good job at reading the body, but they don’t help us. A device can point out that we’re stressed, but it doesn’t help calm us down. I try to envision how technology can move away from being the overwhelming force it is today so it can help us again. My designs ask: How can our clothes protect us? Set certain boundaries? Help calm us down?

ER: Your pieces are very conceptual. Do you see bio-media moving towards the mainstream?

AW: I make my designs monstrous and big to at once draw attention to them, but also to point people in the direction of the future of fashion. I also want to inspire the next generation of makers to think outside the realm of what’s possible. I’m waiting for the chips to get smaller so we can have the smart fabrics we always dreamed of. 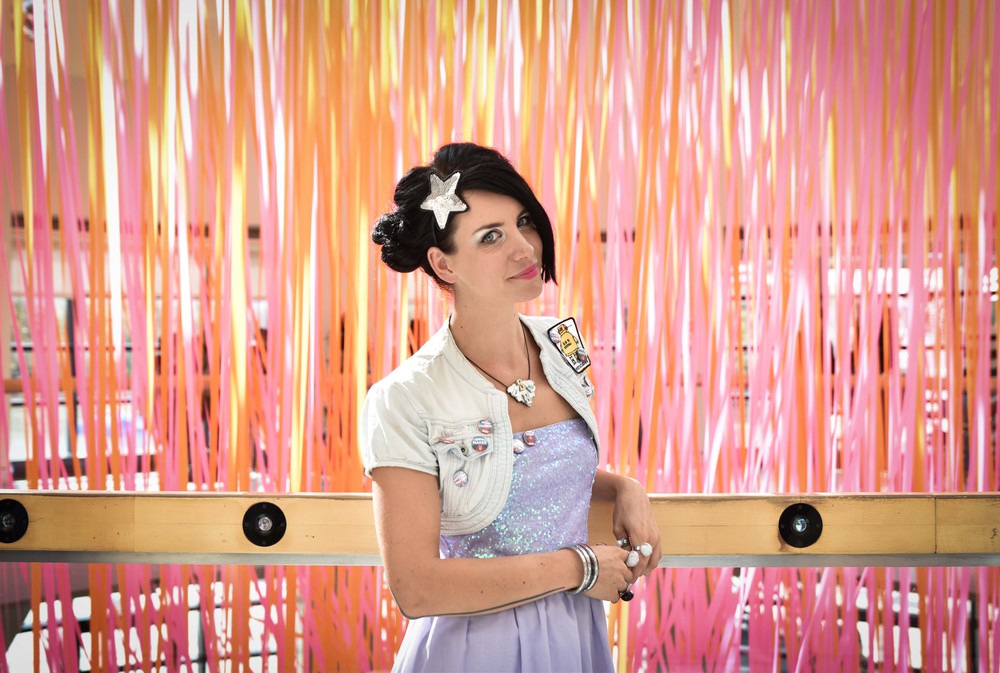 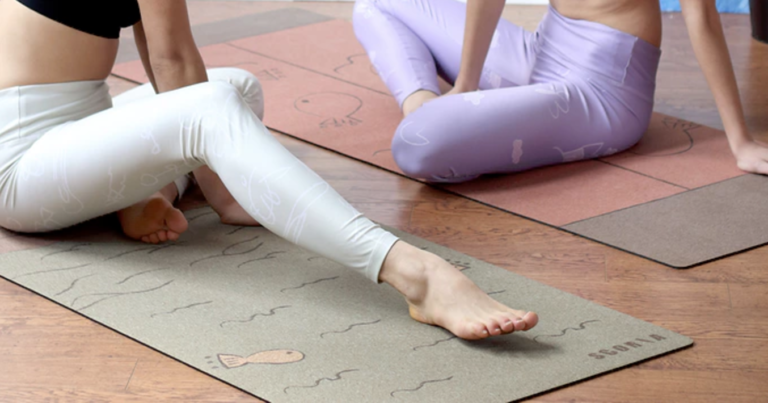 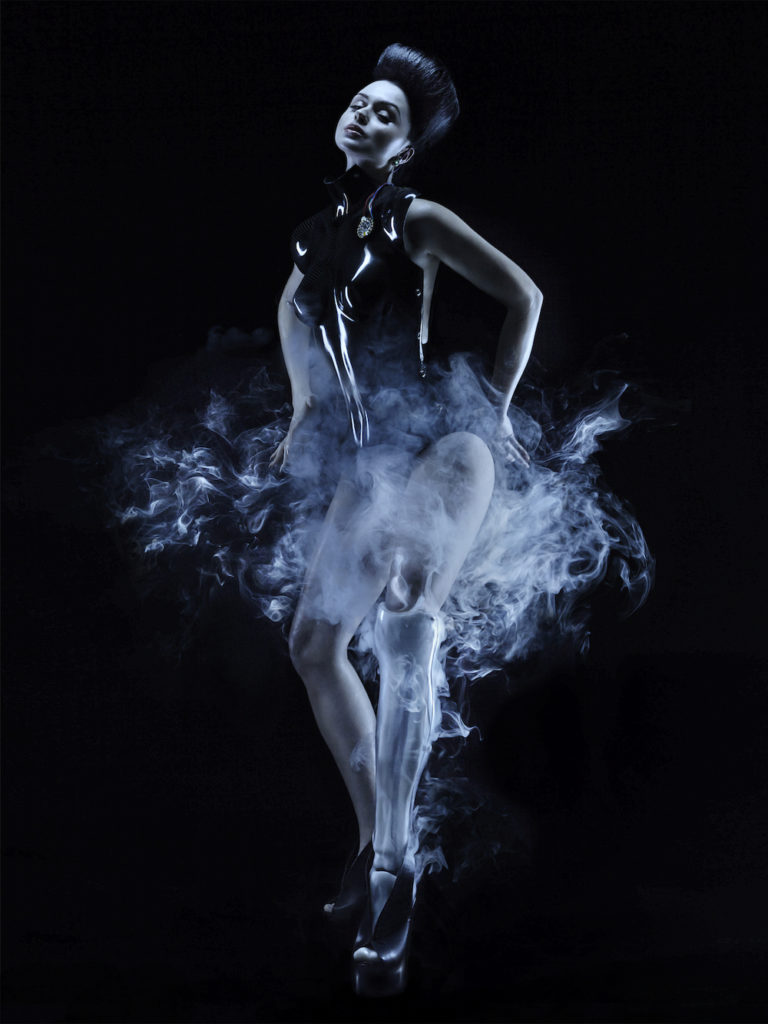 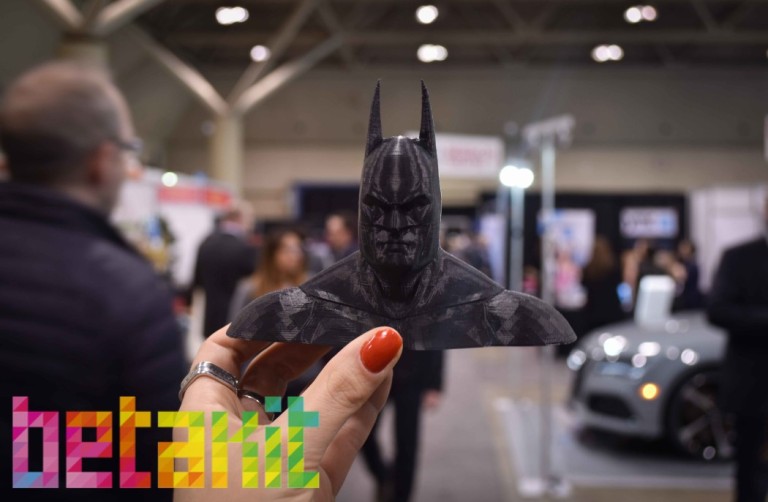